Far over the city towered the great Roman dome of the new museum; and beyond it—across the cryptic yellow Nile that is the mother of aeons and dynasties—lurked the menacing sands of the Libyan Desert, undulant and iridescent and evil with older arcana.
-H.P. Lovecraft, “Imprisoned with the Pharaohs”

Something stirs beneath the sands of Egypt…

Investigators were gripped by The Eternal Slumber at Gen Con 2018. The decisions, victories, and failures of the brave investigators who took part will shape the story as it continues with The Night’s Usurper at Arkham Nights 2018. These innovative linked scenarios bring together the community like never before, but even if you're unable to take part in the event, you can still witness the day of reckoning when you bring the action home and try your hand at halting the fulfillment of an ancient prophecy.

Fantasy Flight Games is proud to announce Guardians of the Abyss, a standalone scenario that features both the Gen Con 2018 and Arkham Nights 2018 scenarios for Arkham Horror: The Card Game—now available for pre-order at your local retailer on online through our website!

Your investigation begins in The Eternal Slumber, where a strange disease has taken hold of the citizens of Cairo. Jessie Burke, a government agent working in Egypt, has asked you to help her solve this medical quandary—people across the city are falling into a wakeless slumber, including Jessie’s husband and partner, John. As of yet, there are no known factors that connect the victims, but Jessie hopes that your experience with other… peculiar cases will lead to a crack in the case.

Unfortunately, when you reach the city you meet resistance at every turn. As you scour Cairo for answers, you find many people who want nothing to do with you and worse, you’re being tailed by shadowy figures throughout the city. Whatever is going on here, it is clear that this is more than a simple medical mystery. 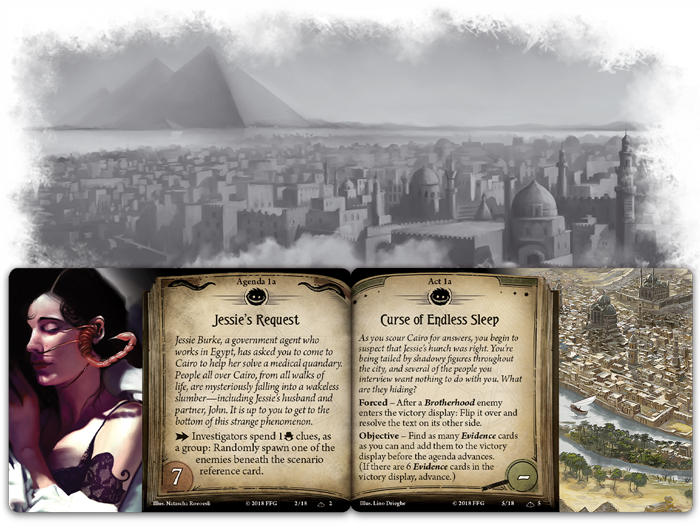 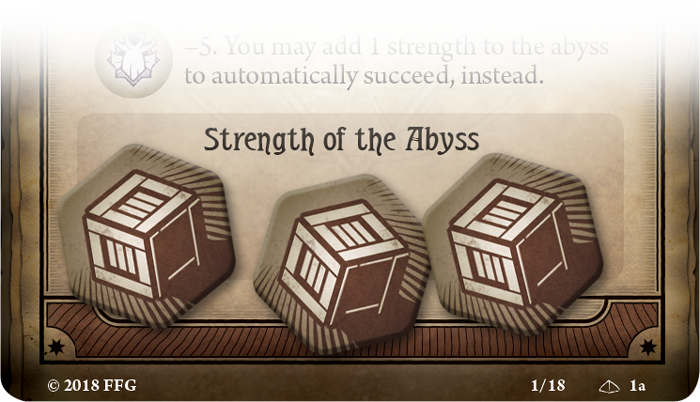 If you or one of your fellow investigators are overcome by the power of the abyss, you may become “Taken by the Abyss” and fall into a comatose state. Should this disaster occur, the strength to the abyss increases and the investigator's fate, if they will ever wake up, falls to those who remain.

Can you find the cure to this medical mystery and awaken the sleepers from their cursed reverie, or will you fall into your own inescapable nightmare? Even if you succeed, will that be the end of your troubles, or is this only the beginning of something far greater and more terrible? And if there is some conspiracy, who would ever believe your claims in this distant land so far from Arkham?

Now, we are pleased to offer you a first look at The Night's Usurper, the second scenario included in Guardians of the Abyss, which will premiere at Arkham Nights 2018! 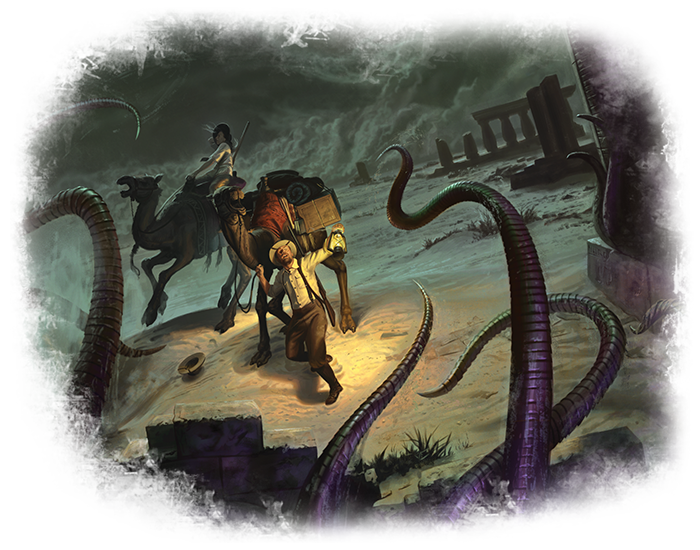 Disclaimer: Due to the sensitive matter of this ongoing case, this article has undergone official review by the Federal Bureau of Investigation. Fantasy Flight Games is happy to cooperate with all investigative proceeding as the Cairo case develops.

For your own safety, we must ask you not to pursue this case alone. There will be an official meeting of Arkham’s investigators at Arkham Nights 2018 in Roseville, MN this fall. There, we hope to get to the bottom of the case, but until then, please exercise caution­—keep one eye on the exit, and whatever you do, don’t fall asleep!