“A reddish glare, too, seemed to filter through the pale undergrowth beyond endless avenues of forest night. Reluctant even to be left alone again, each one of the squatters refused point-blank to advance another inch toward the scene of unholy worship, so Inspector Legrasse and his nineteen colleagues plunged on unguided into black arcades of horror that none of them had ever trod before.”
–H. P. Lovecraft, “The Call of Cthulhu”

Another day, another fight to save humanity from the powers of the Mythos. Or so it would seem. As an Arkham investigator, you have learned secrets of this world that would drive others mad, you have stared into the many faces of evil, and you have emerged triumphant time and again, keeping your home and its citizens safe. But not this time. This time, you have arrived too late. The eldritch rite has already been completed and the world around you erupts into chaos. Monsters break through the fabric of reality and—if you do not hurry to reverse the summoning—the end of the world is inevitable.

Arkham Horror: Final Hour is a fully cooperative game that asks investigator to work together to hold back the monstrous horde and uncover the clues that will lead them to undoing the eldritch rite, but you may find yourself in a situation where you are completely, utterly alone. Even then, though, not all hope is lost.

Today, we offer you a closer look at the solo play mechanics for Arkham Horror: Final Hour—now available for pre-order at your local retailer or online through our website with free shipping within the continental United States!

Prepare for the Worst

You may have the courage and strength to stand fearless against the terrible might of the Ancient Ones, but the investigators that you embody still need to rely on the strengths and skills of one another. As such, in a single-player game of Arkham Horror: Final Hour, you will control two investigators rather than one, making sure to keep those investigators’ decks, items, and health tokens separate.

This version of gameplay provides you with a bit more flexibility and control over the evils you will face as there is no lead investigator, meaning you get to make all decisions for the two characters you are playing. If an effect specifically refers to the lead investigator, you decide which of the two investigators is the lead investigator for the purposes of that effect, and if an effect resolves “in turn order,” you also get to choose the order in which your two characters resolve it. But make no mistake, the challenges you will face are still monumental and it will take every ounce of cunning you have to stay alive and save your city. 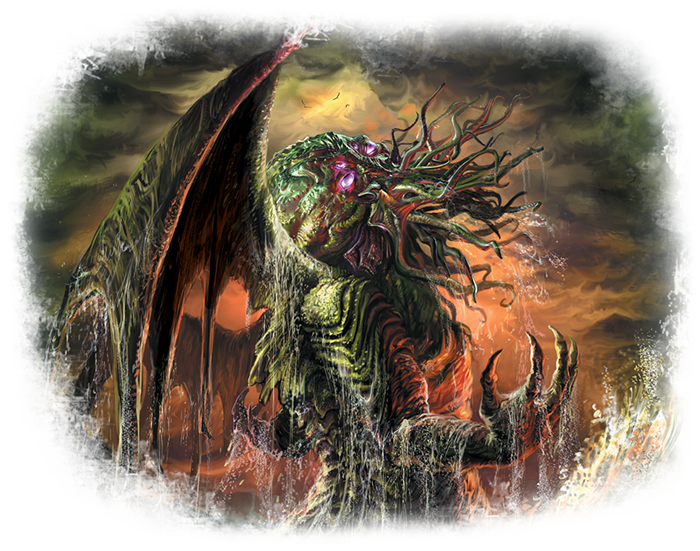 Unlike a typical game of Arkham Horror: Final Hour, in a single-player game priority cards are not dealt to each investigator and you do not maintain a hand of cards. Rather, during the Action Phase you draw five priority cards (as opposed to the usual four), and then immediately choose one of them to place beside the Ancient One sheet. This priority card, and all future cards placed here, will be used when you attempt to reverse the ritual, giving you an opportunity to guess which symbols you need every round and then save them for later. 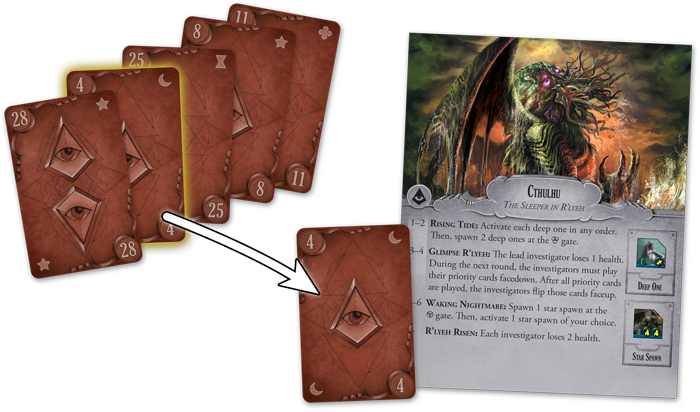 Priority Card 4 will automatically be committed in the attempt to reverse the ritual!

Next, you place the remaining four priority cards faceup on the table in a row, ordered from lowest to highest. These are the four priority cards that you will play for the round. Just like a multiplayer game of Final Hour tasks you with working with limited information and weighing the importance of your action against the potential needs of your allies, the game’s single-player mode requires you to make tough decisions without the certainty of knowing what lies ahead.

Once the priority cards have been laid out for the round, you reveal the top card of either of your investigator’s action deck and place it on any of the row’s faceup priority cards that does not already have an action card on it. Then, in one of the biggest mechanical changes from multiplayer mode, you immediately resolve the card’s effect. If the action card was placed on one of the two lowest priority cards, you resolve its top effect; if it was placed on one of the two highest, you resolve its bottom effect. This gives you the chance to watch the board evolve, gaining more information to work with as the round progresses. You may choose to have your characters investigate first before any monsters are fought, which may alter where you decide to move or which creature you battle. This may provide vital information that will be key to keeping you alive as you face the terrors of the Mythos alone. 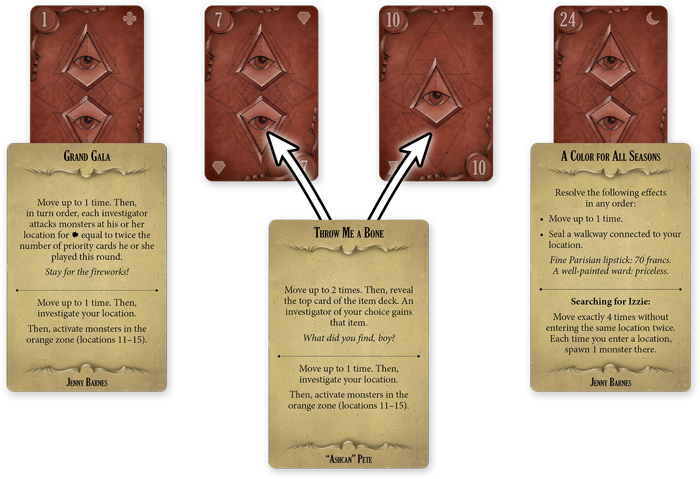 Facing an Ancient One alone may seem daunting, but you have no choice if you wish to save the Earth from their wrath. As with a multiplayer game, during the Reckoning step of the Ancient One phase, you discard the four priority cards used during the Action Phase and resolve the effect on the Ancient One sheet that corresponds to the number of omen icons on those cards.

Now, as you do not have a hand of priority cards to choose from, the control you have over the number of omen icons that appear is limited. You must take care to find balance at the start of the Action Phase when you choose which priority card to set aside next to the Ancient One sheet. If you are torn as to which symbols you need to reverse the ritual, it may be wise to place the card with the most omen icons aside so they will not return to haunt you later. After the Reckoning, the Gate step is resolved as normal, with rifts growing and monsters spawning across the board, and the Pass Lead Investigator Token step is skipped. And thus, your dance with death continues until you are ready to undo the hellish rite and singlehandedly save the world.

In this case, three matching priority cards have been committed, successfully reversing the ritual!

When you are ready to attempt to reverse the ritual, you automatically commit all of the priority cards that were placed next to the Ancient One sheet over the course of the game. This may seem like a distinct disadvantage from multiplayer play where you have the choice to commit cards from your hand at the end of the game, but where a multiplayer game requires matching symbol icons equal to twice the number of investigators, a single player game only requires three. If you can successfully deduce which symbols you need, you will be single-handedly responsible for saving Arkham! But if you fail, you will be the key that leads to its downfall.

Arkham is in peril and there is nowhere else for you to turn when the fight for the world is at hand. You must defend your city, even if it costs you your life or your sanity. Prepare to face the final hour and stand fearless against the powers of the Mythos!